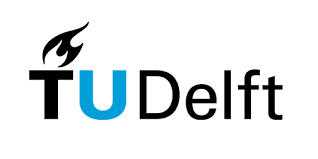 The department Delft Center for Systems and Control (DCSC) of the faculty Mechanical, Maritime and Materials Engineering, coordinates the education and research activities in systems and control at Delft University of Technology. The Centers’ research mission is to conduct fundamental research in systems dynamics and control, involving dynamic modelling, advanced control theory, optimisation and signal analysis. The research is motivated by advanced technology development in physical imaging systems, renewable energy, robotics and transportation systems.

This Post-doctoral research position will be part of the R&D project AIMWind – Analytics for asset Integrity Management of Wind Farms (WFs). AIMWIND is a collaboration between TU Delft in The Netherlands, and the University of Agder and NORCE in Norway. Large, offshore wind farms are gaining prominence due to the increasing interest and dependence on renewable energy. The harsh operating conditions of offshore Wind Turbines (WTs) favour the occurrence of faults to key electric and mechanical components such as pitch actuator, gearbox and converter, as well as fatigue and failures in structural components including blades and tower. As these phenomena may lead to costly failures of WTs, there is a need for control systems algorithms that can consider the current health status of the WT and keep structural loads and stress or wear on components below an acceptable level. In this way, a WT residual useful life can be optimized, thus leading to lower operating costs and lower cost of energy.

The PostDoc position will be offered at the Delft University of Technology (TUD), at the Delft Center for Systems and Control, which is part of the Maritime, Mechanical and Materials Engineering Faculty. The position is initially for one year but can be extended to a total of three years upon a successful evaluation.

The position will focus on developing and combining both so-called fault-tolerant control laws, as well as structural load-limiting ones for individual WTs. At WF level, the information on each WT health status would allow to develop novel power dispatch algorithms. Such algorithms would allow to maximize the WF power production while preventing to over-stress damaged WTs, thus increasing their Residual Useful Life (RUL) with respect to a non-health-aware control strategy. While the proposed WT and WF control strategy would be developed using reduced-order mathematical models, it will later be tested and validated in medium or high-fidelity simulators, such as FAST Farm or SOWFA. Due to the intrinsic uncertainty introduced by the use of reduced order models, and the stochastic nature of the operating conditions faced by WTs, the work will also focus on quantifying and propagating the effects of such uncertainties over medium to long time horizons.

In particular, the following main tasks will be part of the intended work program: