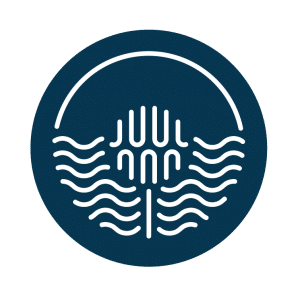 Ocean Thermal Energy Conversion (OTEC) is one of the technologies for harnessing energy from the sea, along with offshore wind (land-based or floating wind), wave and tidal energy in the context of Marine Renewable Energy or MRE.

Ocean Thermal Energy Converters exploits, within a thermodynamic cycle, the difference in temperature between the warm surface water available in certain parts of the world (+25°C) and the cold water at depth (4°C from 800m). Thanks to these thermal sources, a working fluid is successively condensed and then vaporised to drive a turbine connected to an alternator which produces electricity. The system is only relevant if the temperature difference between the two water sources is greater than 20°C, so the inter-tropical zone is the most suitable for the development of this type of technology. The major advantage of OTEC is its non-intermittent nature. However, there are still challenges to be overcome, particularly with regard to the design of heat exchangers in marine environment and the design of a deep, large-diameter cold-water pipeline. Although the concept is not new, only few offshore demonstrators have been built so far due to the high investment costs involved. Nevertheless, a target of 40 GW of ocean energy (wave, tidal, ocean thermal energy and floating solar) has been set in Europe for 2050 according to the EU Offshore Renewable Energy Strategy.

In addition to producing electricity, OTEC can also be used to produce cold, fresh water or to support aquaculture. Several sites around the world use or have used cold seawater to air-condition buildings on land (French Polynesia, Stockholm, Hawaii, etc.) via SWAC (Sea Water Air Conditioning) technology.

WEAMEC has selected more than 70 research projects related to marine renewable energy, including ocean thermal energy conversion, and has accompanied his members in 15 new European innovation projects. Finally, stakeholders from the Pays de la Loire Region deliver more than 80 initial trainings as well as continuous training from operator to engineer covering all the skills useful to the development of the OTEC sector.

WEAMEC continuous training, operated by Centrale Nantes and the University of Nantes, is intended for those whose, established in the marine renewable energy market, wish to improve their skills, as well as those whose wish to retrain and enter the emerging OTEC sector. This unique training at the French level has been in operation since 2016.