The stereo rig was designed to be a standalone tool for obtaining physical measurements and recovering the 3D shape of structural components as part of underwater inspections. 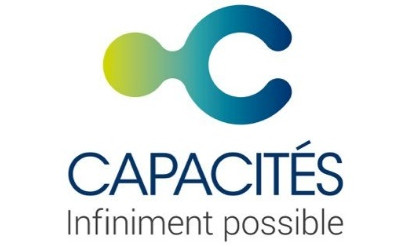 Self-contained unit –this device is capable of reconstructing fully scaled 3D models thanks to the on-board measuring stick and the two artificial light sources on the device mean that it can operate in low-light conditions, such as those typically encountered during underwater inspections.

Redundancy – If for some reason it is not possible to use stereo imaging to automatically recover 3D models, the on-board measuring stick, which is always visible in the acquired imagery, allows us to estimate the physical size of objects in the scene nonetheless, as long as the measuring stick is held close to the object of interest.

In-depth testing – We developed an experimental evidence base around several lighting conditions and several distances between the cameras and the subject in order to characterize the performance of our stereo system (in terms of producing good 3D reconstruction results).

This device is intended to facilitate inspections of all offshore and marine structures including marine renewable energy devices.

One specific application concerns measuring the shape of structural members that have been colonized by marine growth. Marine growth significantly increases the diameter and roughness of structural members. This introduces several problems; most notably, it increases drag forces and creates unpredictable hydrodynamic instabilities. These factors often cause a loss in structural performance and reliability, leading to shortened lifespans for MRE structures.

Owners/operators of these structures, therefore, have a keen interest in monitoring the progression of marine growth so that they can choose the best times to carry out costly cleaning regimes, and so that they have more reliable estimates of the loading on a structure. This is useful when assessing a structure’s eligibility for requalification schemes, which ultimately, can prolong a structure’s in-service life. The diameter and roughness vary around and among structural components, and require full 3D shape of the marine growth to be computed. 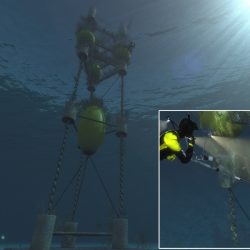 Demonstration of the device for reconstructing artificial barnacles

The device was designed in Nantes, France, and it is currently based there.