The Ocean Energy Key Trends & Statistics 2019 report is compiled by Ocean Energy Europe using data gathered from the ocean energy industry. The report provides an in-depth analysis of new ocean energy projects deployed at sea in 2019, together with an outlook for 2020. The statistics provided cover the annual and cumulative capacity for wave and tidal projects in Europe and globally.

1.52 MW of tidal stream capacity was deployed in Europe in 2019, down from 3.7MW in 2018. This dip comes as many developers are busy preparing larger multi-device projects scheduled for the early 2020s.

Cumulatively, 27.7 MW of tidal stream technology has been deployed in Europe since 2010. Of this, 10.4 MW is currently operating, and 17.3 MW has been decommissioned as projects successfully complete their testing programmes. 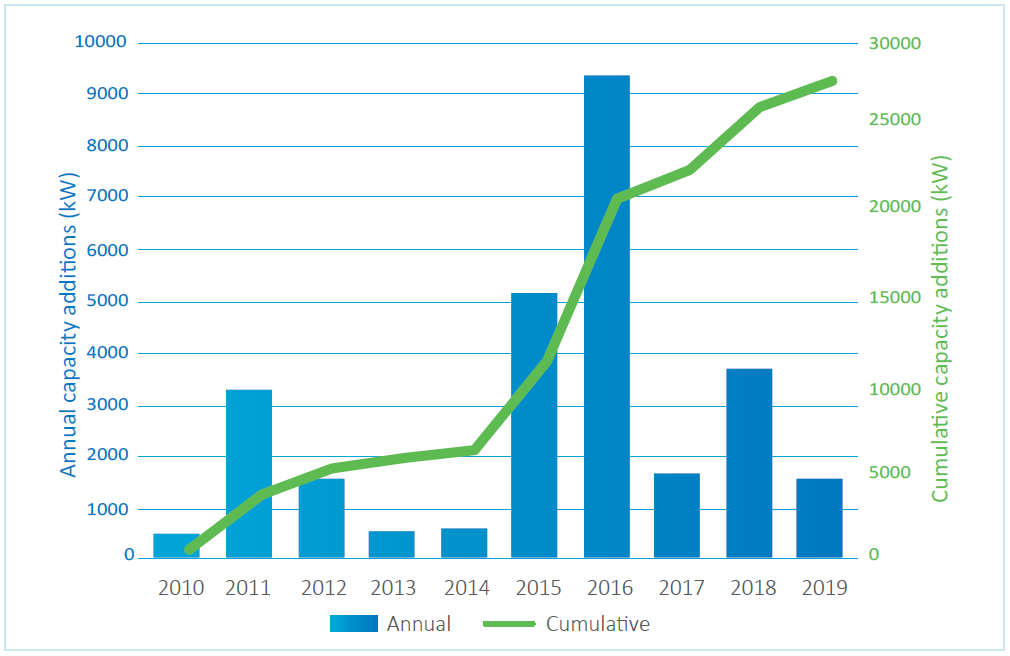 Three full-scale devices were deployed in France and UK in 2019 as part of demonstration projects, including the high capacity (>500kW) devices oriented to towards utility-scale markets from the Swedish developer Minesto and French outfit CMN HydroQuest. The French developer Guinard Energies deployed a smaller tidal turbine aimed at the community energy market.

Electricity production from tidal stream projects significantly increased with a total of 15GWh for the year 2019, equivalent to the power demand of 4000 households. This 50% increase compared to 2018 is mainly due to the increased operating hours in existing farms, like Meygen and the EnFAIT project, rather than from newly installed capacity. Beyond electricity generation, this accumulated operational time at sea is a real added value for European developers to improve reliability and reduce tidal stream costs.

603 kW of wave energy was installed in Europe in 2019, an increase of over 25% on the previous year’s capacity additions.

Wave energy’s cumulative installed capacity has been steadily increasing over the last five years, as a result of technological advances and sustained RD&I funding. 11.8 MW of wave energy has been installed in Europe since 2010. 1.5 MW is currently in the water and 10.3 MW has been decommissioned following the successful completion of testing programmes.

Six wave energy converters were installed in Europe in 2019, illustrating a wide variety of wave energy technologies, depending on the application and type of resource harnessed. All of them were single units and most were grid-connected. Whereas some of these devices target the utility-scale markets, others aim at specialist applications such as lower power supply for oil & gas, aquaculture, maritime monitoring and defence.

A significant progress for the sector is the installation of full-scale devices from GEPS Techno, AW Energy and OPT. 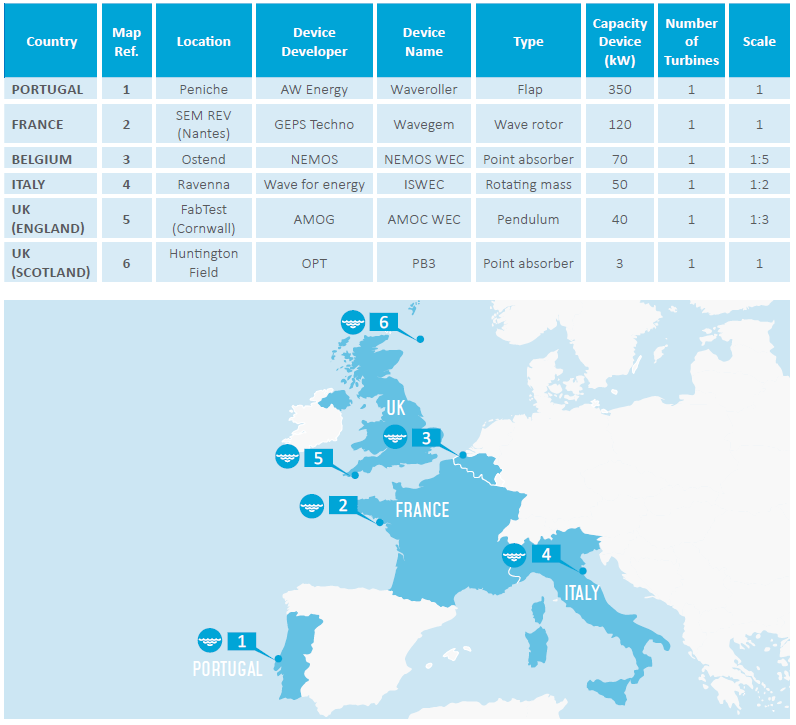 Overall, Europe remains the global leader in tidal energy, but a lack of national revenue support and increasing activity elsewhere is putting this position under pressure. The impact of feed-in tariffs in Canada and China (330-350€/MWh for tidal stream) clearly reinforces the importance of such support when it comes to deployments. Although no devices were installed in China in 2019, a number of new deployments are foreseen for 2020. 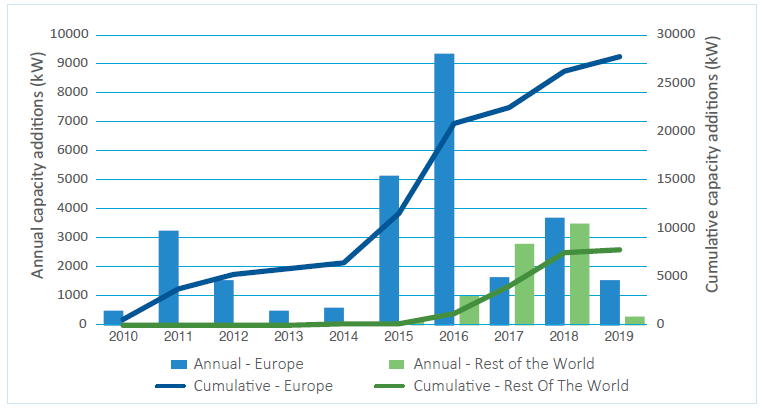 For the second year in a row, other global regions have overtaken Europe in terms of annual installed capacity of wave energy projects. In the past few years, China and the USA have increased their support to the wave energy developers who are manufacturing and testing devices in their national waters. 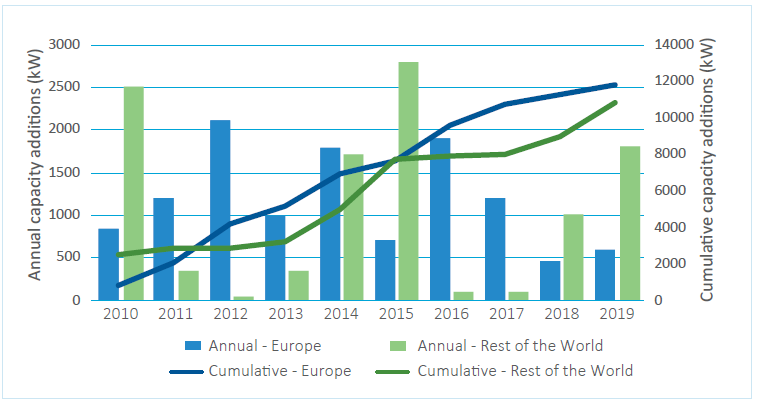 The outlook is very promising for 2020, with more than 9 MW of new wave and tidal capacity globally:

Although tests of single devices will still account for the bulk of new installed capacity, some pilot projects have reached financial close and could start in the near future.

Follow our news and those of the Marine Energy community in Pays de la Loire
We use cookies to ensure that we give you the best experience on our website. If you continue to use this site we will assume that you are happy with it.Ok