The Ocean Energy Key Trends & Statistics 2020 report is compiled by Ocean Energy Europe using data gathered from the ocean energy industry. The report provides an in-depth analysis of new ocean energy projects deployed at sea in 2020, together with an outlook for 2021. The statistics provided cover the annual and cumulative capacity for wave and tidal projects in Europe and globally.

In Europe, new tidal stream capacity was deployed despite a challenging context

0.260 MW of tidal stream capacity was deployed in Europe in 2020, down from 1.52MW in 2019. Despite this drop, the sector has shown resilience: several devices were installed nevertheless and no projects were cancelled. Deployments initially planned for 2020 are delayed to 2021.

Cumulatively, 27.9 MW of tidal stream technology has been deployed in Europe since 2010. Of this, 10.1 MW is currently operating, and 17.8 MW has been decommissioned as projects have successfully completed their testing programmes. 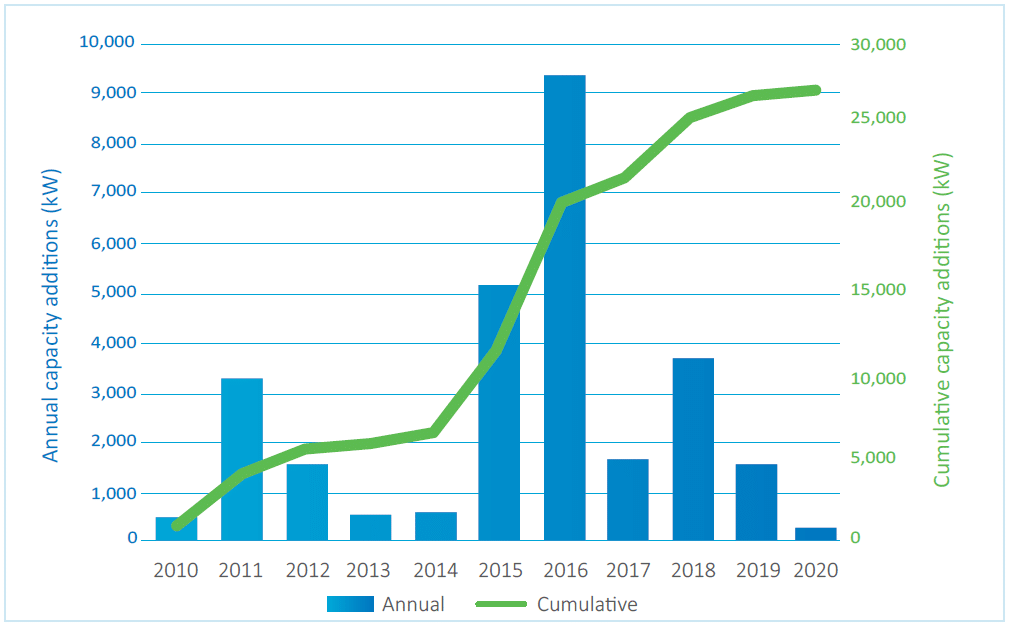 Three devices were deployed in Scotland (UK) and in the Faroe Islands in 2020 highlighting a variety of tidal device types: horizontal axis for Nova Innovation, vertical axis for Design Pro and a tidal kite for Minesto.

Electricity production from tidal stream projects summed up to 12GWh in 2020, a stable level compared to 2019 and mainly driven by European pilot farms such as Meygen, EnFAIT and Oosterschelde. The steadily productivity of those tidal projects is encouraging for the whole sector, despite a year in which access to workshops and offshore devices was more challenging than usual. 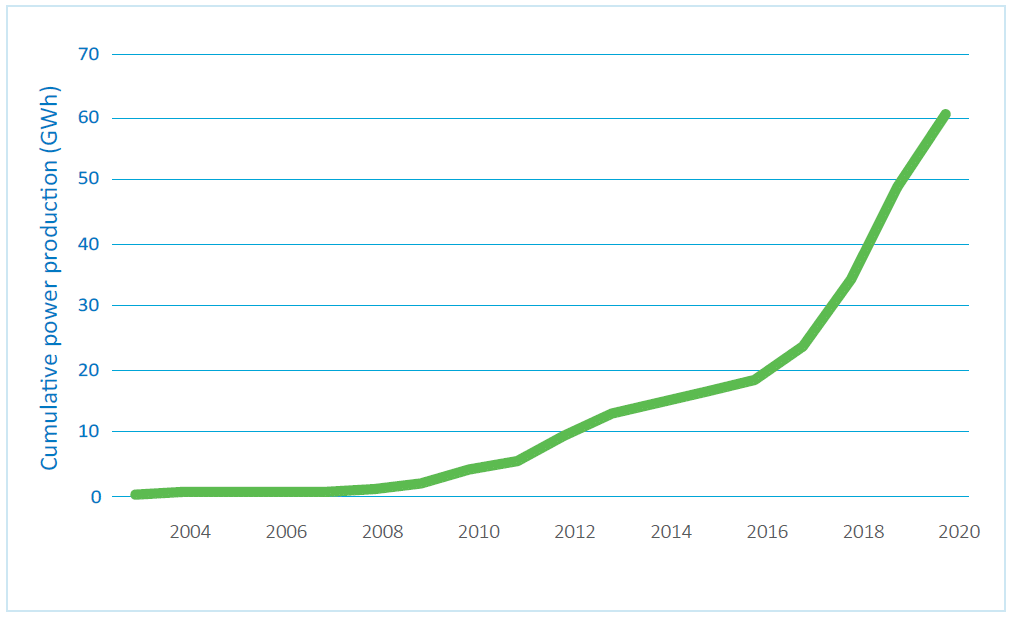 Only 200 kW of wave energy was installed in Europe in 2020, due to the impact of the Covid-19 crisis on manufacturing and deployment windows. As with the tidal sector, the sector showed resilience and no projects were cancelled. Deployments of new full-scale devices and the first wave energy pilot farms, initially planned for 2020, are now due for 2021.

12 MW of wave energy has been installed in Europe since 2010. 1.1 MW is currently in the water and 10.9 MW has been decommissioned following the successful completion of testing programmes.

One wave energy converter was installed in Europe in 2020 by the Danish developer Wavepiston, highlighting the increasing interest of islands for both electricity and freshwater production.

While the main share of deployed capacity to date remains in Europe, other global regions have installed more wave and tidal capacity during 2020. In particular, China boosted the sector with an attractive feed-in tariff and significant public investment.

1.1 MW of ocean energy capacity was installed outside Europe in 2020, including:

On the industry side, European developers successfully secured project investments of over €45m in 2020, exciting tidal energy export projects in Canada and Asia, and new state-of-the-art factories and research labs.

Major policy support milestones were hit in 2020, in particular with the new EU offshore renewable energy strategy including specific targets for wave and tidal energy:

A strong project pipeline for 2021

The outlook is very promising for 2021, with more than 8 MW of new wave and tidal capacity globally:

The trend for 2021 will be the installation of full-scale, high capacity devices both in Europe and in the rest of the world.